Thing to do in Cape North

Come and enjoy our backyard,so much to see

Bucket list of things to do while on Cape Breton Island

Discover Cabot Links and Cabot Cliffs, North America’s only truely authentic links courses where, with playing theses authentic seaside links courses in Inverness, comes with the exhilarating understanding that you’re playing the game exactly as its inventors had intended. Opened in 2012, Cabot Links has quickly become one of North America’s most talked about courses while Cabot Cliffs, celebrating its grand opening in summer 2016, has already caught the attention of the golf world and was listed as #19 on Golf Digest's 100 Greatest Golf Courses in the World for 2015.

From late August through September witness one of the wonders of nature, the hills are ablaze with a palate of colours,every corner will keep your jaw gaping and eyes wide open, every morning the landscape changes with a wash of Autumnal beauty.

Don't forget to ask us about some wonderful hidden gems. 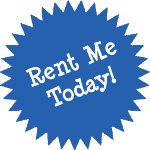